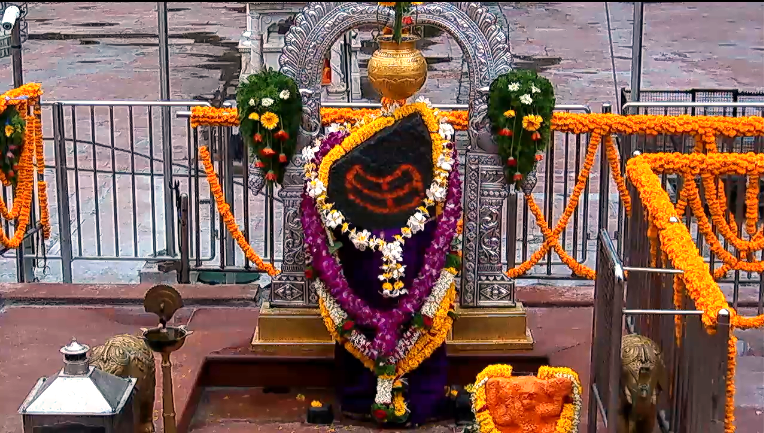 Shani shingnapur temple is a popular adobe of Lord Shani, the Hindu god associated with the planet Saturn. It is located in the Ahemdanagar district in the state of Maharashtra.

The temple is well known amongst the locals and devotees from all around India. Apart from the temple, Shingnapur is a small village which is also famous for the fact that in the whole village no house has doors and despite this no theft has been reported in the village.

The main deity of the temple is Swayambhu which is self emerged from the earth in the form of black imposing stone. It is said that the deity is in the existence since the beginning of Kali Yuga. However, no one is sure of the exact time.

On some of the holiest days like Saturdays, Amavasya and Shri Shaneshchar Jayanti, the enthusiasm and vehemence rise to the next level.

Some Hindus worship Lord Shani to please him as the influence of planet Saturn on anyone’s life is considered as bad luck.

A visit to the Shani Shingnapur Temple surely gives hope that your remaining life will be smooth and that Lord Shani will bestow only happiness upon you. With no long queues and waiting period, you can easily get darshan of the divine power.

The significance of the Shani Shingnapur Temple is that the shrine for Shani Dev consists of a five and a half feet high black rock installed on an open-air platform, which symbolizes the godi. Unlike other pilgrimage centers, devotees here can perform pooja or abhishekam or other religious rituals themselves.

A Trishula (trident) is placed along the side of the image and a Nandi (bull) image is on the south side. In front are the small images of Shiva and Hanuman.

In the times of Acharya Udasi Baba, there would be only three people visiting the shrine. Namely, Dagdu Changediya, Hastimal Chnagediya and the mother of Badri Tokse. They too used to come only on Saturday. Now, daily there are over 13, 000 visitors.

Generally, the temple has 30–45, 000 visitors a day, which swells to around three lakh (i.e. three hundred thousand) on Amavasya (the no moon day), believed to be the most auspicious day to appease Shani.

According to history, Ahamadnagar is popular as the place of saints. Also, there are four legends around this temple.

The story of the swayambhu statue handed down from generations through word of mouth goes something like this: when the shepherd touched the stone with a pointed rod, the stone started bleeding.

This surprised the shepherd. Soon the whole village gathered around to watch the miracle. On that night Lord Shanaishwara appeared in the dream of the most devoted and pious of the shepherds.

He told the shepherd that he is “Shanaishwara”. He also told that the unique looking black stone is his swayambhu form. The shepherd prayed and asked the Lord whether he should construct a temple for him.

To this, Lord Shani said there is no need for a roof as the whole sky is his roof and he prefers open sky. He asked the shepherd to do daily pooja and ‘Tailabhisheka‘ every Saturday without fail. He also promised the whole village will not have to fear of dacoits, burglars, or thieves.

There are certain rules one needs to follow if they want to get on the platform to worship Lord Shani in Shani Shingnapur.

Also note: In a landmark judgment on 30 March 2016, the Bombay High Court asked Maharashtra government to ensure that women are not denied entry to any temple. Hence, On 8 April 2016, the Shani Shingnapur trust finally allowed the women devotees to enter the sanctum.

How to Reach Shani Shingnapur Temple ?

The suggested railway stations are Ahamadnagar, Rahuri, Shrirampur, and Belapur.

From there you may take a taxi .

Shingnapur is a village at a distance of 6 km from Ghodegaon on Aurangabad Ahamadnagar road in Maharashtra. It is 84 Kms from Aurangabad and 35kms from Ahamadnagar.

There are multiple accommodations to stay nearby the temple.