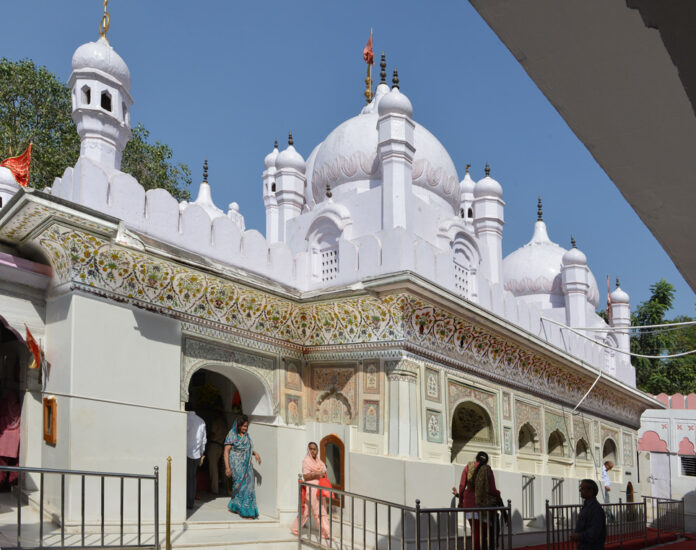 Mansa Devi Temple is a Hindu temple located in Panchkula, India. It is one of the very famous religious places of Chandigarh. This temple is a huge temple spread over 100 acres. There are three temples in this temple complex.

The temple of Mansa Devi is the oldest. Maharaja Gopal Das Singh of Mani Majra, who ruled in 1783, built the present main temple of Shri Mansa Devi, which is situated on the Shivalik foothills in the village Bilaspur, Tehsil and District Panchkula during the period 1811-1815.

Pachankula, this temple of Mansa Devi is quite popular in Haryana and Punjab. It is one of the major Shakti temples in North India, comprising 7 deities such as Mata Mansa Devi, Naina Devi, Jwalamukhi, Chintpurni, Brajeshwari, Chamunda Devi and Jayanti Devi. Thousands of devotees go on pilgrimage from different parts of the country and especially during the Navratri Mela, this number increases to millions for nine auspicious days.

There are 3 temples in the complex and the main temple is the oldest. Maharaja Gopal Das Singh of Mani Majra, who was enthroned in 1783, constructed the present main temple of Shri Mansa Devi, which is situated on the Shivalik foothills in the village Bilaspur, Tehsil and District Panchkula, during the period 1811–1815.

At a distance of 200 meters from the main temple is the Patiala Shivalaya temple which was constructed by Karam Singh, a Jat Sikh, the then Maharaja of Patiala in the year 1840. This temple had the patronage of Manimajra Princely State.[

This temple had the patronage of Manimajra State. After the merger of princely states into Pepsu the Patronage of State Govt. ended and the temples remained neglected. The raja of Manimajra then appointed pujari as ‘ khidmatuzar’ of this temple whose duty was to worship the deity of the temple.

After the merger of princely State into Pepsu these pujaris became independent on the matter of controlling and managing the affairs of the temple and the land attached to the temple.

They could neither maintain this temple nor provide necessary facilities to the visiting devotees and thus the condition of the temple deteriorated day by day. So much so that there were no proper arrangements for pilgrims.

It is said that in the place where the Mata Mansa Devi temple is today, here the next part of Sati Mata’s head was dropped. The temple of Mansa Devi was first known as the temple of Mata Sati. It is believed that King Gopaldas of Manimajra built a cave from his fort to the temple, which is about 3 kilometers long.

He used to go with his queen everyday to see Mother Sati from this cave everyday. By the time the king did not appear, the cupboard of the temple did not open.